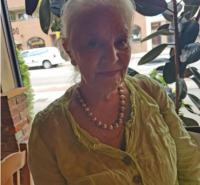 Dr. Turner has been involved in education and the development of leadership for many years. Her doctorate in Education from Mills College, Oakland, CA. (2002) focused on emergent leadership in early childhood education professionals. Dr. Turner has been an Adjunct Faculty member of Pacific Oaks College (Pasadena, CA.) since the 1990's teaching eg. Advanced Leadership, Social and Political Context, and currently teaches coursework and guides Thesis Development with Pacific Oaks graduate students Online. Over her career, Dr. Turner has taught in Canada, the United States and Central Africa where she served as a Canadian University Services Overseas (CUSO) volunteer, teaching Zambian teenage girls, and helped develop a new curriculum for Zambian elementary students under the auspices of President Kenneth Kaunda and the English Medium Center (1967-1969). Her B.A. in Cultural Geography was completed at Simon Fraser University in Vancouver, Canada. Eventually, after an 8 month residency in Mexico where she studied Spanish, Dr. Turner moved to Oakland, California where she served as Executive Director of Ala Costa Center for Developmentally Delayed children and then as Director of Live Oak School in San Francisco after completing her M.A. in Education at Mills College. She then served as Head Start/Early Head Start Director for The Spanish Speaking Unity Council (Delegate Agency for Oakland Head Start) from 1990-2004 where she implemented qualitative programs for both Head Start and Early Head Start in a multilingual/diverse context. Lee was a classroom teacher for over ten years starting in Toronto, Canada, then in Vancouver, British Columbia and in Bay Area, California.

As Hon. Grantland Johnson's wife, Lee has continued her work with non-profits and issues related to poverty. Dr. Turner now serves as a Commissioner for First Five Sacramento County. Lee incorporated a non-profit Institute of Leadership Development that had been a vision of Dr. Johnson's for decades:

It was to be an Institute focusing on people less privileged and of diverse backgrounds to assist them to prepare for lives dedicated to public service. A progressive program developed while attending Masters in Executive Leadership at USC was used as a basis in an emergent field with new research and literature. The intent is to support the development of future leaders who are committed to serving in public and private sectors, effecting positive systems change, whether in policy, elected or appointed positions, or in leadership positions within agencies, serving across intergovernmental levels In this way the intent is that of bringing reform and innovation through systems change using cooperation, collaboration, interchange, communication, and facilitation between internal and external bodies who share a vision. With Dr. Turner's background and the work together she and her husband were able to accomplish before his death, she has been able to incorporate a 501C3, Grantland L Johnson Institute of Leadership Development in the spirit and focus of his vision. (2016)